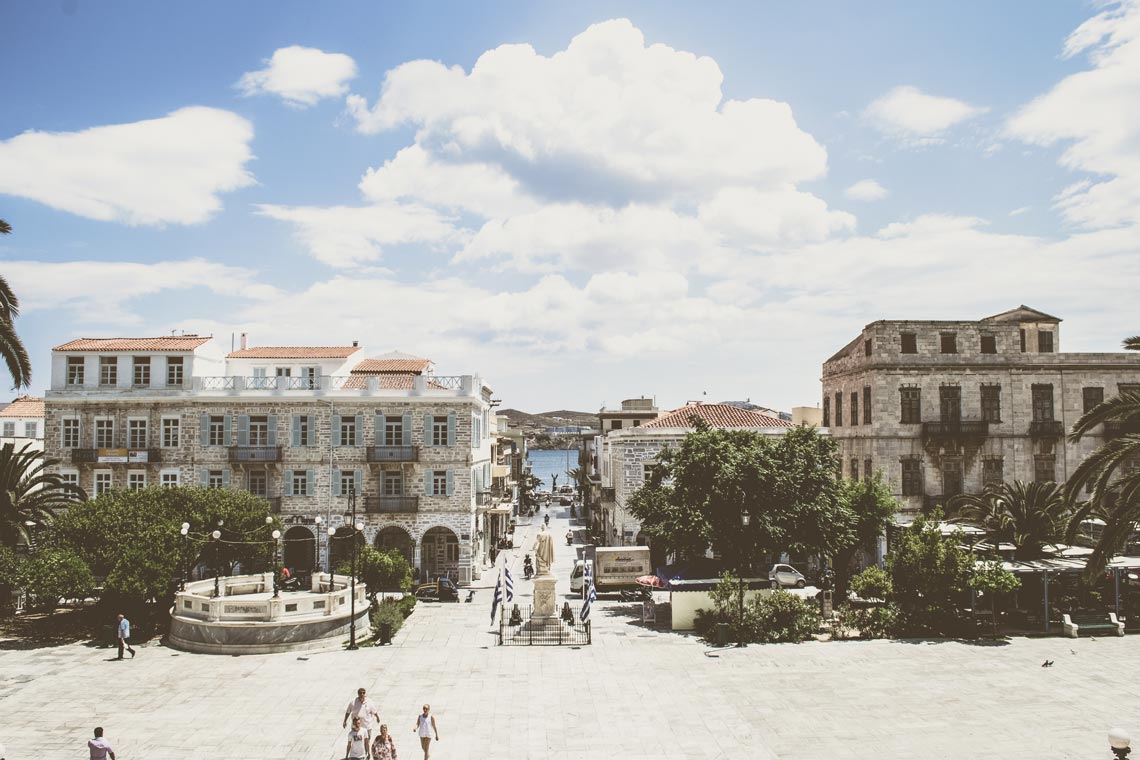 Why is Syros known by the affable sobriquet “Lady of the Cyclades”? History and culture to the rescue to give us the answer. Positioned in the very center of the Cyclades island cluster and journeying down a historic course that starts as early as the 3rd millennium B.C. and continues throughout ancient, Byzantine, and modern times, Syros has a lot of stories to tell. There are two important milestones in Syros’ history: (a) the period of Venetian (aka Latin) rule and the spread of Catholicism among the Greek Orthodox population, both reflected in the “dialogue” the island’s two main churches atop its twin hills have developed throughout the centuries; and (b) the period after the 1821 War of Independence, which led to the island waves of refugees fleeing Asia Minor, Chios, Kassos, Psarra, and Crete, the very people who contributed to the establishment and rise of Hermoupolis to prominence.

Geography and the human factor (in the form of education and culture) were instrumental in speeding up the island’s industrial, commercial, and cultural development and in giving rise to a powerful middle class. Syros’ architecture, museums, commercial and financial life, its port and shipyard, the natural terrain, culture and tourism, all worked together (and still do) towards shaping the island’s contemporary image. Today, the words “Syros” and “Syra” bring to mind hauntingly beautiful alleys, world-class theater, neoclassical buildings, its port and beaches, hills and hikes, flavors and fragrances, music and dance, culture and tourism. They also allude to some other elements that make the island one of a kind: rebetiko songs, loukoumi sweet treats, traditional fairs and celebrations, festivals, summers of culture and, above all, Syros hospitality.